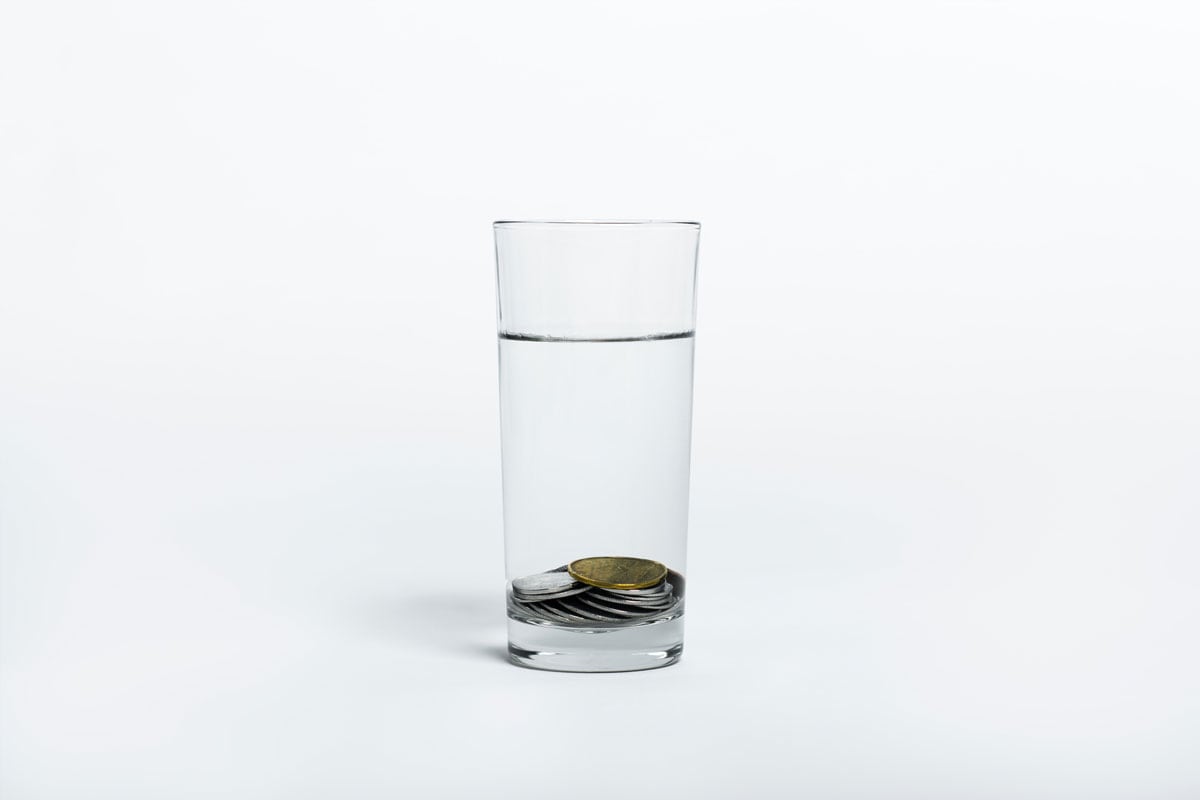 Here’s a salutary little tale about strategic goal setting. It’s no news that there is a global water crisis and that large corporations, which consume 40% of all the water used in the developed world, have an important role to play in being part of the solution.

Which brings us to the dichotomy.

On the one hand, recent research shows that nearly three-quarters of large corporations polled agree they have a responsibility to be doing something. Most say that environmental impact is part of their strategic goal setting. Some even have a (vague) target around saving more water by some time in the (distant) future.

But, drill a little deeper, and you’ll find that less than half those same companies have specific plans to make that happen. They haven’t taken the time to build a sustainable brand.

Somehow, it seems, they expect the goal to eventuate.

It’s a reminder to all of us to set real strategic goals by degree, not decree. The latest iteration of greenwashing seems to be green-wishing – the art of hoping your company will find its own way to a sustainable future, preferably without too much disruption, inconvenience or accountability.

A reminder too that the way companies set their strategic goals is confused. Strategy (a clear pathway to a distinctive future destination) for example blurs with tactics (momentary responses to market changes), outcomes (the intended results), benefits (what will happen if everything goes well) and conflations (naturally separated ideas pressed together to form a broad objective).

An ambition is usually not a target. Policies, preferences, codes, decrees or guides are also not strategic goals or strategies. They have value in that they may path the way. But in themselves they don’t generate the change.

Organisations commit to strategic initiatives believing they have mandate, proof and planning. Closer inspection shows they have none of these things. They also haven’t linked their strategy, culture and stories, meaning critical elements of their execution are decoupled from their stated intentions.

Phil Driver, author of Validating Strategies, once gave the example of a cycleway to show how easily organisations lose sight of what they must do because they are so fixated on what they think they need to achieve.

A path leads nowhere if nobody takes it

Most people, if they are asked whether a cycleway would benefit a city, will say Yes. But ask them whether they themselves will use the cycleway and they will eventually admit probably not. Instead they think (or hope) that everyone else will use it.

Having a means and an end (or even a set of identified outcomes) is not in itself a strategy. And an agreement in principle is not a go-ahead. Here’s the truism: nothing happens until it happens.

A cycleway (the means) could lead to less congestion, less pollution and more people on bikes (outcomes). It could also mean better fitness and increased health for each participant (benefits). It could boost the city’s appeal as a tourism destination (conflations). But … only if people actually use the cycleway once it’s been built. Simply building a cycleway is not enough – just as simply having a target is not enough.

Without true commitment to the idea, without genuine human motivation, the whole premise of the cycleway falls over. And that’s the hard bit. Finding why change will happen.

When it comes to strategic goal setting, the other problem is that it can be too easy to achieve unspecific targets. At least in name. In the case of the large corporations above, they could achieve their strategic goal of reducing water consumption if everyone drank one less glass of water at work for example. That gets them to the target – but it’s hardly going to save the world.

Conversely, the dilemma with targets that are too tight (especially if there are incentives to achieve them) is that people will give up or change course if things become too hard, or they will cheat the system to get to the reward. I was amused recently to read that while ‘what doesn’t get measured doesn’t get done’, it’s also the case that ‘what does get measured (and rewarded) also gets gamed’.

To get around this we look to focus on the human motivations. Some important questions when setting strategic goals are these:

One of the ways we look to fix this is to move quantifying the goal much closer to the front of the strategy conversation. It changes the conversation from “Let’s see how we did, and adjust” to “Let’s plan to make this happen, and then judge our success”. It encourages an iterative approach rather than set and forget strategy. Some people find this confronting – but for us, it’s part of being an adaptive company.

At a time when so many say they want to save the world, the specifics of what they can do, what they will do and what they must stop doing are still sadly lacking. Everyone says they want to take action. But are they the right actions? Are they the best actions? … Are they even actions at all? Those concerns are not restricted to how organisations resolve sustainability issues. They pertain to a wide range of strategic goals that float off into the ether.

How does your goal setting measure up?

If you’re grappling with how to define your future, we can help you talk through what your people will specifically need to aim for. We suggest you start by reading this article on how to build a sustainable brand.

From there, we offer strategic sessions as a great way to bring a group of specialists within your organisation (and beyond) to focus on how you will tackle a specific issue. Or, if you’re still getting your head around sustainability, book a Feasibility workshop and let us facilitate a positive conversation among your people on what you can do now and what you need more time to plan. Maybe over a glass of water.

No-one’s nailed how we’re going to make business and brands sustainable over the longer term, so while we’re all in favour of actions, we also recognise that conversations, ideas, stories and debate are part of working through how we will get there together. Here you’ll find a combination of perspectives and news. Enjoy. React. Share. Comment.

We believe strategy, culture, storytelling and sustainability are fundamentally inter-connected.
Great strategy takes your business closer to your vision every day. But you won’t get there without your people. They won’t embark or stay the course without powerful stories to guide and inspire them. And none of this is worth it if you’re not viable: if you don’t have the resources, the supply chain and the mandate to operate for the foreseeable future.

This website uses cookies to improve your experience while you navigate through the website. Cookies that are essential for working the basic functionalities of this website are categorised as necessary and stored on your browser. We also use third-party cookies that help us analyse and understand how you use this website - these cookies will be stored in your browser only with your consent. You have the option to opt-out of these cookies, but this may have an adverse effect on your browsing experience.
Necessary Always Enabled
Necessary cookies are absolutely essential for the website to function properly. This category only includes cookies that ensures basic functionalities and security features of the website. These cookies do not store any personal information.
Non-necessary
Any cookies that may not be particularly necessary for the website to function and is used specifically to collect user personal data via analytics, ads, other embedded contents are termed as non-necessary cookies. It is mandatory to procure user consent prior to running these cookies on your website.
SAVE & ACCEPT